There’s a lot of talk these days about jury nullification, state nullification of federal laws, and so forth.  Several very fine organizations are getting the word out about nullification to the victims of government schools and others who have never been instructed in nullification as an important safeguard against tyranny.  Click the images below for links to a couple of examples. 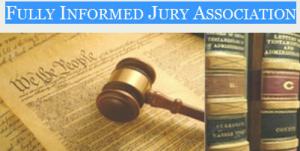 These and similar efforts are praiseworthy.  Nullification, whether by juries, provinces, localities, or individuals,  functions to loosen the oppression laid on the people by the corporatist tyranny that permeates the world today, and awaken the slumbering serfs of statism to their power and potential as free human beings.

All that said, we advocate for an evolution and quickening of human consciousness that would obviate forever any need for nullification as commonly understood today.  All that is needed is acceptance of the principle that no law can be legitimate, except by previous adoption of the person on whom it is enforced. In societies where this principle is observed, all enforcement is limited to laws that have been voluntarily adopted by the parties involved.  There is no imposed authority left to nullify.  All such imposed authority should be rejected as illegitimate.

As a more general concept, nullification underlies and facilitates voluntary law.  In a fully developed voluntary law society, there is nothing left to nullify except for evil actions of the occasional errant individual who foolishly attempts to reinstate tyranny by seeking to subvert voluntarily adopted obligations and relations based in non-aggression and equality of persons.  In a fully developed world based in voluntary law, nullification operates by excluding evil doers from the right to transact with members of voluntary law societies, by operation of voluntary institutions that publicize individual reputations.  Nullification is exercised continuously by individual rejection of evil deeds and unrepentant evil doers.

Those who love liberty and their fellow human beings should be working to to make nullification by anyone other than the individual a relic of earlier times, by imagining and enabling social systems that empower individuals and voluntary collectives, and de-legitimize and disempower coercive institutions.   May the dark age of today, in which most mistakenly believed the exercise of coercive authority in human society to be either a necessary evil or divinely ordained, come to be taught as part of the history of human errors.  We should not forget, as useful as the concept of nullification is, its exercise by juries and other involuntary collectives has utility only in the context of authoritarian legal systems.  By our thoughts, talents and actions such systems will one day be abolished, and with it the need for nullification by juries or involuntary collectives.

Brothers and sisters, just understand your status as human beings.  No other human can ethically rule over you.  That right and responsibility is yours alone.  Help build a world in which free people nullify and extinguish tyranny wherever it surfaces, before it can ever darken the world again.