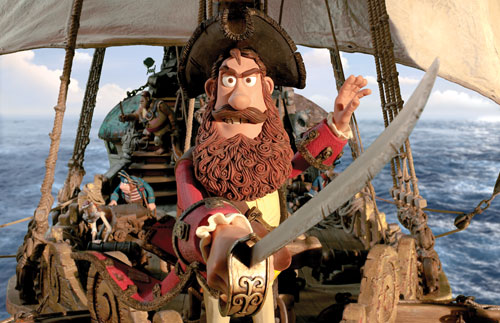 Some of my friends hope for a self-organizing society, where order prevails without territorial monopolies on the making or enforcement of law, and aim to achieve that self-organizing society by the art of persuasion, not of coercion. Tossed on a sea of statists, these who eschew coercion are apprehensive of giving anyone the power to make laws in any defined form. Once rules are written down, they fear, lawyers and courts will follow and subtly force their double-dealing systems of oppression on everyone. Ordinary people will once again be trod upon by an elite class hiding behind a wall of lawyers, and the law will be what it traditionally has been: an instrument to preserve and multiply the power of the powerful, among other things.

Fear not voluntary law, mates! Voluntary law is not what you suppose it to be. Voluntary law is perhaps the only legal system capable of avoiding the rise of an elite class served by legions of lawyers and lawmakers, all in the service of a violent, monopolistic state, which you so rightly fear. Your intuitive human sense against written codes of laws is a snare. It will inexorably lead to the very system of oppression that you fear. Such fears may be reasonable on pirate ships and the like, where the captain is the final arbiter of all disputes and does so only for a relatively small crew, but not for complex human societies comprised of millions of members, and not in view of the history of law.

Let us suppose, for argument’s sake, that it is best to not write down any rules, and let people work out their differences however seems best. What then to do when agreement cannot be reached on a just resolution? There are only two possibilities to resolve the dispute, plus the option of leaving it unresolved.

The first possibility is a contest of some sort. The parties in dispute engage in some arbitrary contest by which a resolution of the dispute is decided. Pistols at fifty paces, drawing lots, chess, poker, drive-by shooting, trial by water, trial by fire, whatever. The common thread is that the contest that ends the dispute has no predictable relationship to the dispute itself. Instead, the resolution is arbitrary. In the absence of any predetermined, non-random process for dispute resolution, there is no predictable cost or consequence to violating the person or property of others.

In the absence of social conventions enforcing a random process for dispute resolution by contest, contests will tend to their natural end point: the party with the greatest power always wins. Might makes right. This method of ending disputes cannot provide anything resembling justice. It can only allow power, by whatever means exercised, to work its will, or provide random outcomes. Even if a dispute resolution system in which disputes are resolved by the flip of a coin were better than what passes for justice today, does anybody seriously think that randomly-determined contests can be the basis of a justice system that promotes respect for the property and persons of others? Certainly not. Rules (written or not) are necessary for providing justice in human society. No real controversy surrounds this deduction. At issue is whether such rules should be written, or left unwritten.

The second possibility for dispute resolution without written rules is to submit the matter for resolution to a mutually acceptable judge, who will try the controversy and render a decision that is not based on any written rules. Robert Heinlein described something of this sort in his novel, The Moon Is A Harsh Mistress. Each judge applies her own standards, which can be either arbitrary or consistent with the judge’s past decisions and/or community norms.   If arbitrary, the effect is no different than a contest of the random sort. If consistent, the decision must be an expression of an unwritten rule. If a rule is unwritten, it can and will also be written, as the number of community members grows and its economy becomes more sophisticated. Thus, an unwritten judge-based system tends, through the process of scaling up to large communities, to become a system of judge-made written law.

In fact, law making by judges is at the root of many legal systems today. Civil law in Europe traces back to ancient Roman law, which was in its early days entirely defined by competing jurists. Common law in England and its former domains traces back to rules defined by various judges, albeit only those supported by the reigning monarch or other lord. According to the Book of Judges, ancient Israel was ruled entirely by judges until adopting monarchy. No doubt many other historical or mythical examples could be found.

A pattern can be discerned in this human behavior: First, rule making, as an aspect of dispute resolution, is naturally left to those most expert at it (the judges). The most popular judges rule according to community norms. As the community evolves and grows, independent judging diminishes and is replaced by judicial collectives that enforce standards, introduce written rules, and suppress competition.   Later, war-making entities (monarchies, states, republics, empires, etc.) bring existing judicial collectives or independent judges into submission, incorporate them into their war-making apparatus, and often take from them part or all of their rule-making power. So a call for a judge-based system without written rules is, at essence, a call to turn the evolutionary wheel of human society back to its origins.

There is reason to be suspicious of such calls. One cannot go home again; de-evolution of societies and species may occur in reaction to the collapse of their sustaining ecologies, but do not amount to progress. Instead, de-evolution merely sets the stage for what has occurred before to be repeated. History has proven that judge-based systems always evolve, with growth of the communities they serve, into state-sponsored and controlled legal systems such as are known and despised all too well today. Instead of re-inventing ancient judicial systems, the rational alternative is to invent and build rule-based systems that are not susceptible to subversion by states.

Experts in rule-making are useful as are experts in any other activity, but is not necessary to give legal experts the power to impose the rules they write on others. Let them write as many rules as they like, but let each individual decide whether or not to adopt any written rule. Make the adoption of rules within the sovereign power of the individual, and only the individual, as a moral foundation of society. Wrest the judicial and legislative branches out of the obscenity of empire, and give the exclusive power to adopt laws to that unit of society that can never be collectivized: the self-sovereign individual. By all means deny judges, insurance companies, governments and all other persons and entities, the power to impose laws on others without consent.

But note this: laws within the sovereign power of the individual must be discoverable by others in advance of their application, or such laws are without meaning or practical application. Thus, laws within the exclusive sovereign power of the individual must be expressed in written form. The written law should therefore not be feared. It should be embraced. It is only the imposition of law (written or not) without prior consent that is rightly to be feared and abhorred. An oppressor may wield the sword, but that does not make sharp edges any less of a useful and necessary tool for many peaceful activities.

A society organized on the moral principal of self-sovereignty in the area of law making has never existed before. Arguably, it has never been technically feasible, until now. Now it is. Advances in computing and communications technology have placed it within reach, perhaps for the first time in human history.

Not only so, states and empires as they exist today have formed many crevices and niches within which the seed of legal self-sovereignty can take root and grow. Voluntary law can exist today without much controversy in many places, and coexist for a time with older, less enlightened systems. To those who scorn self-sovereignty as a pale and impractical dream, it is either a meaningless fantasy or merely another system of civil dispute resolution to fit within a statist framework. Let statists be statists. Voluntary legal systems, once functional, will provide services and teach moral principles in spite of ignorance and scorn. Once enough people understand how a self-organized legal system based on the moral principal of self-sovereignty can work, older systems will inevitably be discarded as barbaric and immoral. This genie will not be put back in the bottle.

It is not a time to be hesitant. It is high time to leap aboard the vessel of self-sovereign voluntary law, sail it to new legal shores, and discover what new world awaits.